Biography: Dr. Sonam Gupta is B.E., Mtech, and Ph.D. She has over 11 years of experience in teaching. Currently, she is working as an Associate Professor (CSE) in Ajay Kumar Garg Engineering College, Ghaziabad. She has published over 20 papers in various national/international journals indexed in SCIE/Scopus/ESCI. She is a reviewer of many international journals/conferences. She has conducted many FDPs as Co-Ordinator sanctioned by various government agencies. She is Principal Investigator of funded research projects as well.
Her research interests include software evolution, and machine learning. She is guiding various undergraduate and postgraduates projects in the field of machine learning and software maintenance.

Brief Introduction: Prof. Vidushi is working as an Assistant Professor in KIET Group of Institutions, Ghaziabad, India. She is doing her Ph. D. from Banasthali Vidyapeeth, Rajasthan, India. She is having 9 years of teaching and research experience. She has completed her M.tech from GGSIPU, India. She quailed National level competitive exams like NET in 2012, and GATE in 2010, and 2012. Prof. Vidushi published various research papers in reputed journals and conferences. She is a reviewer of various journal like IEEE Transaction, and reputed conferences. Her research area is Machine Learning, Deep Learning, Big Data Analysis, Image Processing, Reinforcement Learning. 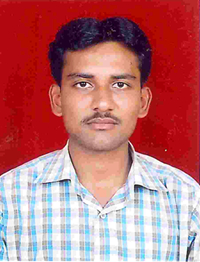 Brief Introduction: Dr. P. Venkat Reddy is B.Tech., M.Tech, and Ph.D in Computer Science and Engineering. He has over 16 years of teaching experience in GITAM University. He has published over 20 Papers/Book chapters in various national/international journals/Conference Proceedings. He is a reviewer of many international journals/conferences. He has organized many FDPs/Workshops as Co-ordinator/Convenor. His research interests include Parallel Computing, Cloud Computing and Machine Learning. 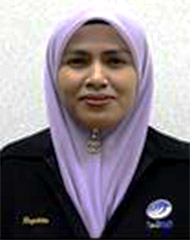 Biography: HASLIZA A RAHIM received the bachelor's degree in electrical engineering from the University of Southern California, Los Angeles, CA, USA, in 2003, the master's degree in electronics design system from Universiti Sains Malaysia, Pulau Pinang, Malaysia, in 2006, and the Ph.D. degree in communication engineering from Universiti Malaysia Perlis, Perlis, Malaysia, in 2015. In 2006, she joined the Faculty of Electronic Engineering Technology, Universiti Malaysia Perlis (UniMAP), as a Lecturer, where she is currently an Associate Professor. She was the Programme Chairperson postgraduate studies at the School of Computer and Communication Engineering (SCCE), UniMAP. She is a Chartered Engineer, Professional Technologist, Research Fellow with the Advanced Communication Engineering (ACE) Centre of Excellence and Head of Bioelectromagnetics Group under ACE. She was leading Malaysian Communications and Multimedia Commission Research Grant (worth U.S. $200k). She has been mentoring several undergraduate and about 12 graduate students. She has authored and co-authored more than 130 leading international technical journal and peer reviewed conference papers, including IEEE Access, Sensors, Microwave and Optical Technology Letter (MOTL), Progress in Electromagnetics Research (PIER), and three articles in Nature Publishing Group journals (Scientific Reports), two patent granted, two patent filings, and five book chapters. Her research interests include wearable and conformal antennas, metamaterials, antenna interaction with human body, on-body communications, green microwave absorbers, wireless body area networks, bioelectromagnetics, artificial intelligence (AI) optimization and physical layer protocols for wireless communications. Several research funds were granted nationally and internationally, such as Fundamental Research Grant Scheme, National Science Fund, and Short-Term Grant of UOWD (worth U.S. $425k). She has been a member of the technical program committees of several IEEE conferences and technical reviewer for several IEEE and other conferences. She is a Member of the IEEE and IEEE MTT-S, and a Graduate Member of the Board of Engineers Malaysia. As an advisor, her supervised projects have also won prizes, such as the Third Place in IEEE Malaysia Section Final Year Project Competition (Telecommunication Track) in 2017. She was awarded as the Chairman Discretionary Silver Award by The Global Women Inventors & Innovators Network (GlobalWIIN) in 2020 and silver medal at the International Invention, Innovation & Technology Exhibition (ITEX 2018).